Dear Think Equal family, and all who read this.
It is our deepest hope that you and your families are safe and well. We also hope that you are managing to adjust
to the new circumstances which dictate remote teaching and learning for the foreseeable future.

We are thrilled to see some of our teachers finding innovative ways to continue to teach the Think Equal lessons in collaboration with parents, and 6 weeks of free resources for teachers are available on this website. For those who can’t do this we have launched, in response to the Covid-19 pandemic, a FREE HOME KIT series of 6 sets of narrative picture books and activity sheets designed for parents or caregivers and children at home.

As a community, we at Think Equal are putting all our current efforts to creating online platforms so that if we find our children are staying at home for a longer period than we hope will be the case, we will still be able to reach them with our learning. Indeed, we are bringing this aspect of our plans forward now, so that we will be able to reach further afield with Think Equal in the future.

Our hearts and profoundest gratitude go out to all our communities, and especially to our healthcare workers and volunteers, and all those who are so courageously and selflessly risking themselves to help and support others. There can be no greater sacrifice nor more inspiring example of what ‘Thinking Equal’ really means. I am the other you, and you are the other me, and when we help and care for each other as we would for ourselves, we show the ultimate and defining goodness that humankind is capable of.

I am also deeply grateful to the Think Equal Team who are working with even more determination and commitment to meet the challenges we all face logistically now and to find new and adaptive ways to continue our critical work. I am also profoundly grateful to our funders for being flexible and incredibly supportive during these challenging times.

Think Equal values, skills and ethics have never been more in need than now. The inter- and intra-personal competencies of empathy, inclusion, compassion, problem-solving, critical thinking, collaboration, emotional regulation, generosity, advocating and caring for others, must shine through our shared response to the difficult and uncertain times we have so suddenly been plunged into.

This too shall pass, of course, as have other devastating illnesses, personal loss and pain. It is our fervent hope that a lasting light will emerge from the darkness of these times, as we reappraise our priorities and values through an understanding of our vulnerability and our equality in the face of adversity of this kind. We will emerge with the clear certainty that the purpose of existence lies well beyond ourselves, in living in the community and taking care of one another.

Leslee and the Think Equal Team.

“Education is the most powerful weapon with which to change the world”.

Founded by filmmaker turned human rights champion and social entrepreneur, Leslee Udwin, this global initiative was the result of the insights she discovered during the making of her documentary, India’s Daughter, which in itself sparked a movement to end violence against women and girls. The film is based on the brutal gang rape of a medical student on a moving bus in Delhi. Through 31 hours of interviews with the perpetrators of this brutal crime, it became abundantly clear that the root cause of this violence was socio-cultural programming of inequality which ascribes lesser value and different rules to the other gender. Understanding that all inequalities, racial, religious, ethnic or any other, spring from the same root cause, and that the only way to change discriminatory mind set is through education, Leslee began a journey in exploring what ‘education’ is, and discovering what it should be.

Leslee concluded that there is a missing third dimension to education, Social and Emotional Learning (SEL), which should be taught alongside numeracy and literacy. Neuroscientists are clear that the optimal time to change mindsets, attitudes and behaviours is in the Early Years.

WHAT WE HAVE CREATED

Together with world experts we have created Think Equal – 3 levels of tangible, easy to implement, step-by-step teacher guides for ages 3 to 6. Each level of the programme includes 30 original books, associated resources, and 90 lesson plans (3 x half hour lessons per week). These are all given free of charge on condition that the programme is comprehensively and sequentially implemented.

Since January 2017, Think Equal has piloted these in hundreds of schools across 5 continents. The pilot programmes, evaluated by Think Equal’s partners at the Yale Center for Emotional Intelligence, have proved highly impactful and successful across many diverse countries. 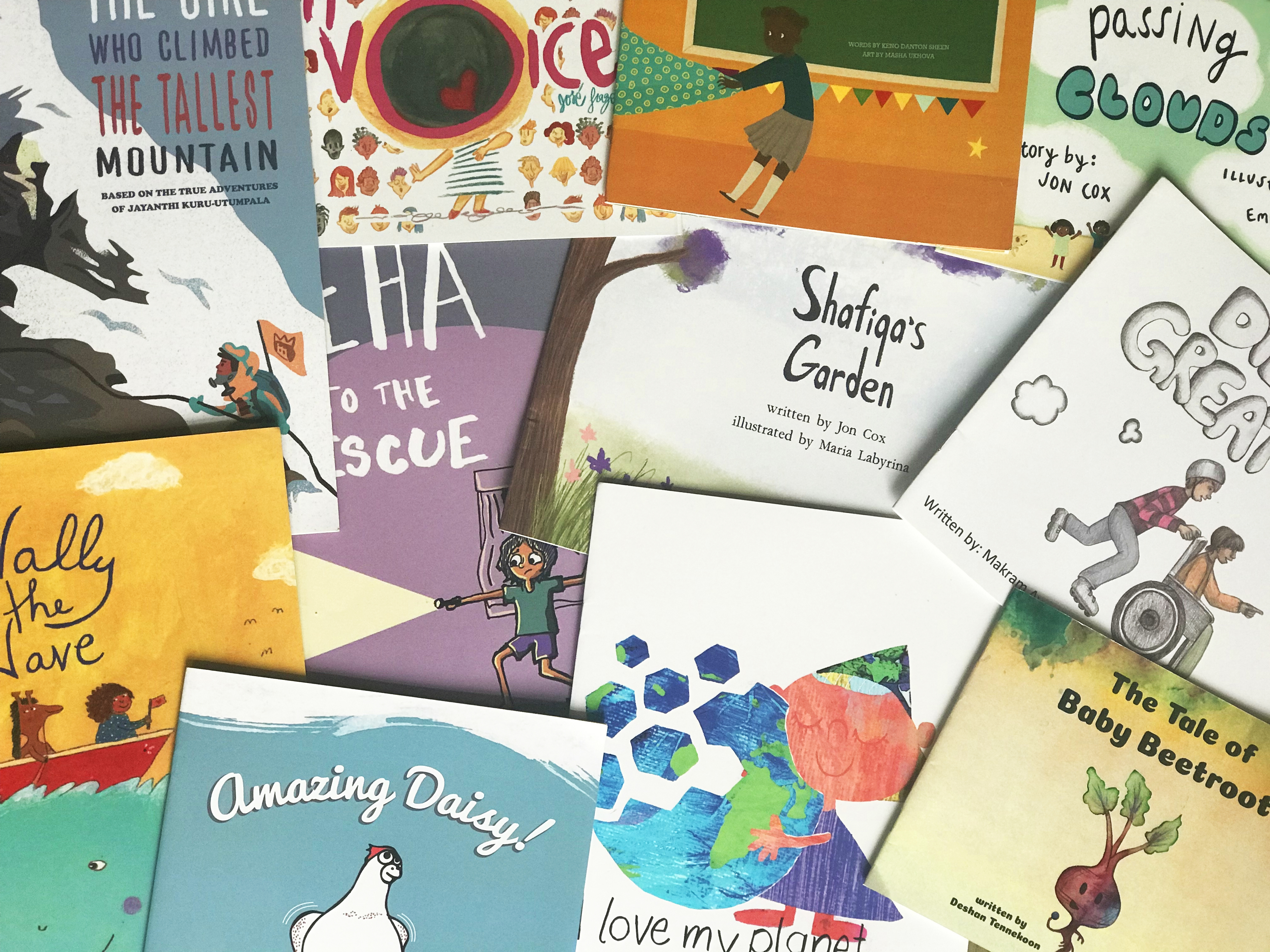 WHAT WE HAVE ACHIEVED

• Proved concept through powerful results of the randomised control trial (RCT) evaluation (the gold standard) of our Programme by Dr Craig Bailey of the Yale Center for Emotional Intelligence.

• Formed a 20-strong committee of global experts in SEL, with whom we have designed Levels 1-3 of the Think Equal Programme: books, lesson plans and resources

• Created over 80 original narrative books for children aged 3 to 6.

• Major global partnerships with leaders in the field including Pope Francis’ Scholas Occurrentes, Montessori, Yale Center for Emotional Intelligence, the Kindness Curriculum, the Centre for Healthy Minds and Amani.

• Registered charities in both UK and USA.

• The support and endorsement of many thought-leaders such as former UN Secretary General Ban Ki-Moon, Pope Francis, the Dalai Lama, and patrons including Meryl Streep, Sir Ken Robinson and Lord Rumi Verjee.

• Promoted awareness and advocated for social and emotional learning to be a mandated and valued component of early childhood education and development, already having influenced education policy in a couple of countries.

“Every once in a while, one comes across a non-profit leader and campaign that can actually change the world for the better, and at a scale that is required, in a generation. The vision, work and traction that Leslee Udwin and the Think Equal campaign is getting, is one of those exceptional outliers that everyone everywhere should get behind.”

WILL KENNEDY, UN Office for Partnerships

Think Equal serves the United Nations’ “Agenda 2030” and addresses 10 of the 17 SDG’s. The UN SDGs are 17 global goals set by the United Nations General Assembly in 2015, “they address the global challenges we face, including those related to poverty, inequality, climate, environmental degradation, prosperity, and peace and justice. The Goals interconnect and in order to leave no one behind, it is important […] (to) achieve each Goal and target by 2030” (United Nations).

Help us prevent the global mental health pandemic by donating to our #SELforIndia campaign today. Together, we can nurture an empathetic and resilient society by providing children with the social and emotional life skills to cope with the pandemic.